Since 2000, the luminous efficiency of LEDs has increased substantially at an annual rate of 10 to 20 lm/W. In recent years, the development of semiconductor lighting technology has been more and more rapid, and the speed of technological innovation has far exceeded expectations. The giant companies accelerated their attack and the industrial technology improved rapidly. In May 2011, Cree announced that its white LED light efficiency laboratory data reached 231 lm/W, creating a new global record. In 2011, the highest light efficiency of the product of Cree has reached 161lm/W.
In addition, in the field of epitaxial wafer production technology, Philips in the Netherlands took the lead in mass production of 150 mm epitaxial wafers at the end of 2010. In the field of LED lighting applications, General Electric Company of the United States took the lead in making breakthroughs in heat dissipation technology, which is a milestone for industrial development.
In terms of patents, the global LED high-end product market and patents, especially the core patent technology, are basically controlled by five major companies (Osram, Cree, Nichia, Toyota Synthetic and Philips). The major LED giants have reached a patent exchange agreement with each other to form a patent exchange network to consolidate the monopoly position.
At present, many LED companies in China have mastered low-power chip technology, and high-power chips have reached the research and development level of 110lm/w, but the enterprises that can mass-produce are a minority. At present, domestically produced chips have made breakthroughs in lighting applications through small chip integration, but the market share of high-power high-power lighting chips is still low, and more than 80 are imported. MOCVD equipment is still completely dependent on imports. At present, core technologies, patents and standards are still the main constraints on the development of China's semiconductor lighting industry.
Shanghai LED companies focus on R&D and have certain leading advantages in China. Mainly in: First, the substrate: sapphire, SiC substrate substrate has established a 2-inch substrate cutting, grinding, polishing preparation pilot production line, other substrates have been patented, such as lithium aluminate substrate . The second is the research and development of high-brightness chip technology: Shanghai Blu-ray and Shanghai Lanbao's 863 project acceptance indicators are among the top three in China, and the 863 Phase I and Phase II projects are the largest in Shanghai. Third, equipment: Shanghai, as an important base for China's advanced manufacturing industry, has a group of international top-level pipeline, gas, control and other semiconductor manufacturing equipment professional service companies, providing strong support for MOCVD equipment R & D and manufacturing. Fourth, LED lighting supporting technology research and development: Shanghai has a large number of research and development advantages in optical road design, precision optics, and special applications.
However, compared with the advanced level in foreign countries, the gap between Shanghai is still relatively large, and the quality of patents applied by local enterprises needs to be improved; most of the high-quality high-power LED chips used by local high-end lighting manufacturers are still imported, and most enterprises develop The equipment produced has not yet been put into practical use in Shanghai.

Introduction:
1) Cnc Router With Ccd Vision Router System is among the most versatile CNC machining systems you will find on the market. The T-slot bed makes it very easy to place the sheet stock down for cutting and routing, and even setup custom jigs, fixtures and clamps for parts marking applications.
2) It can produce accurate, repeatable, cost-effective work in considerably less time than it takes to do t he same work by hand. Featuring our state-of-the-art Vision Controller and our graphically advanced Vision software, this machine is perfect for a wide variety of applications including milling, drilling, contouring, and routing. 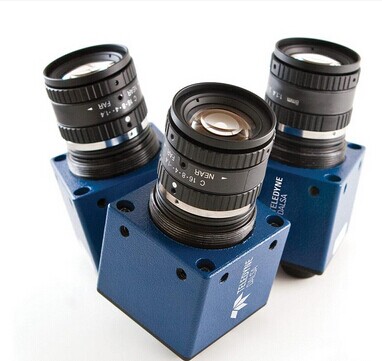 Camera
The machine comes with a camera to realize the Vision function. 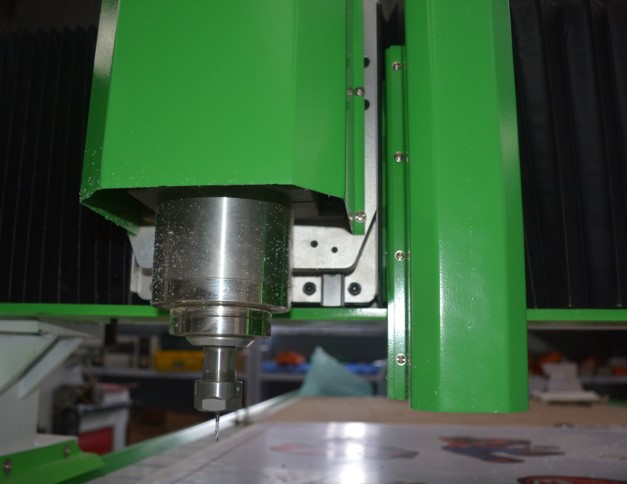 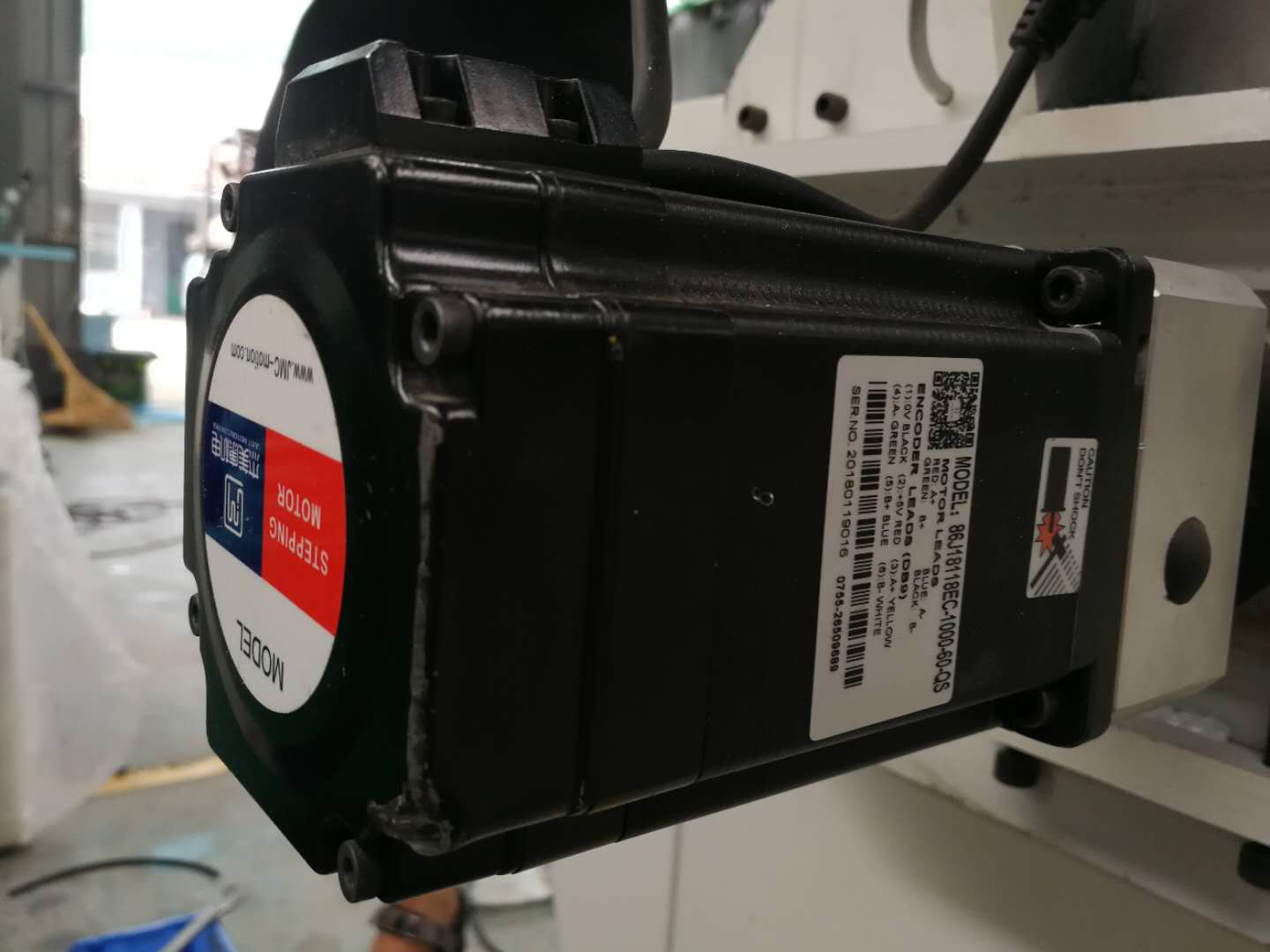 Drive Motors
Patent design 1:4 gear reducer install on the driving motor, makes the motor is more powerful, and having a longer time service life.
The stepper motors are installed on all axes to ensure precise positioning of the gantry and the spindle in accordance with a predetermined program at high speed. Stepper motors are well proven high degree of reliability.
The machine is installed 4 pieces of motors. 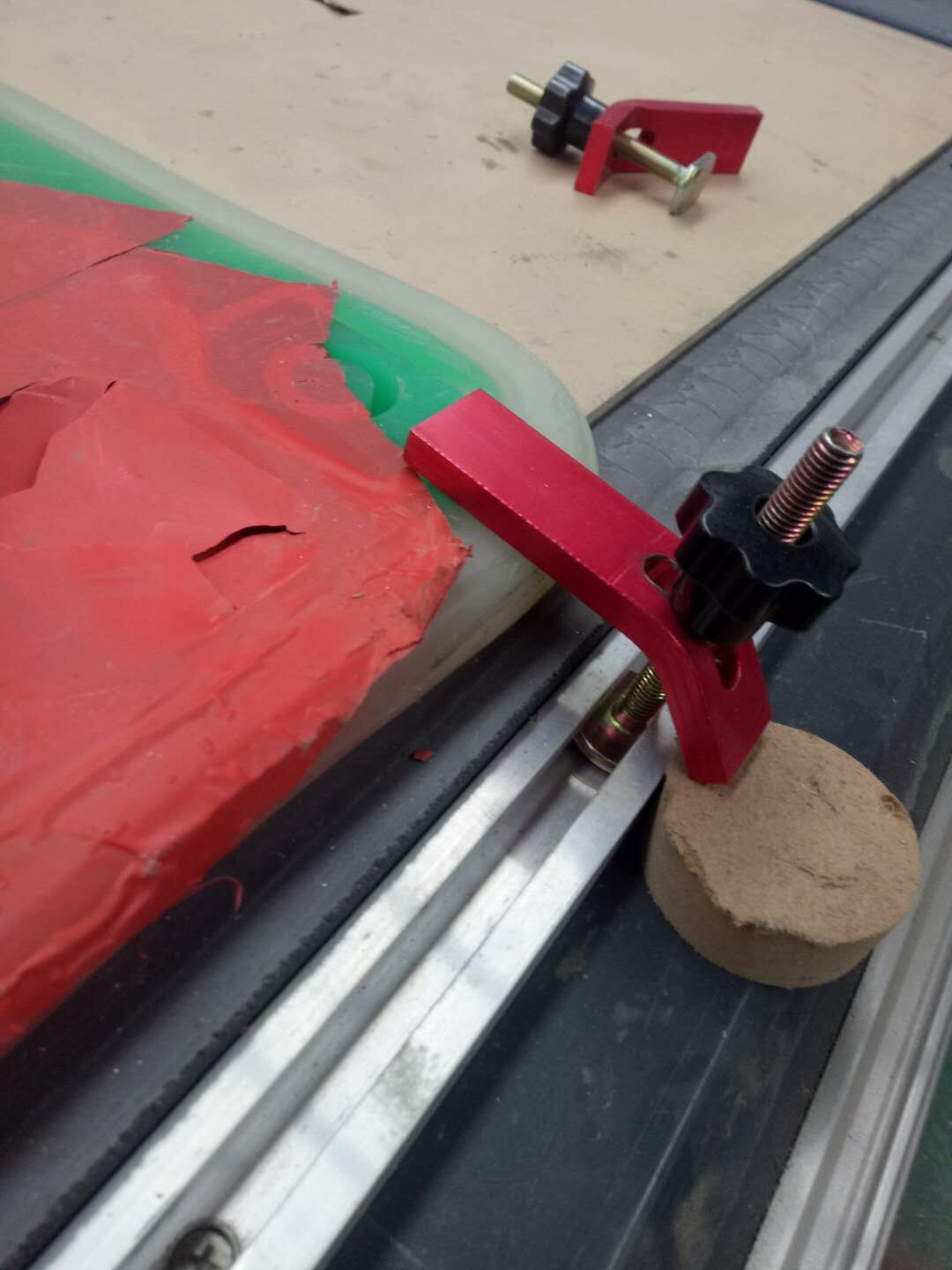 UTECH Patent pressing clamp
The patent design pressing clamp is convenient for the user to assemble and disassemble the material. 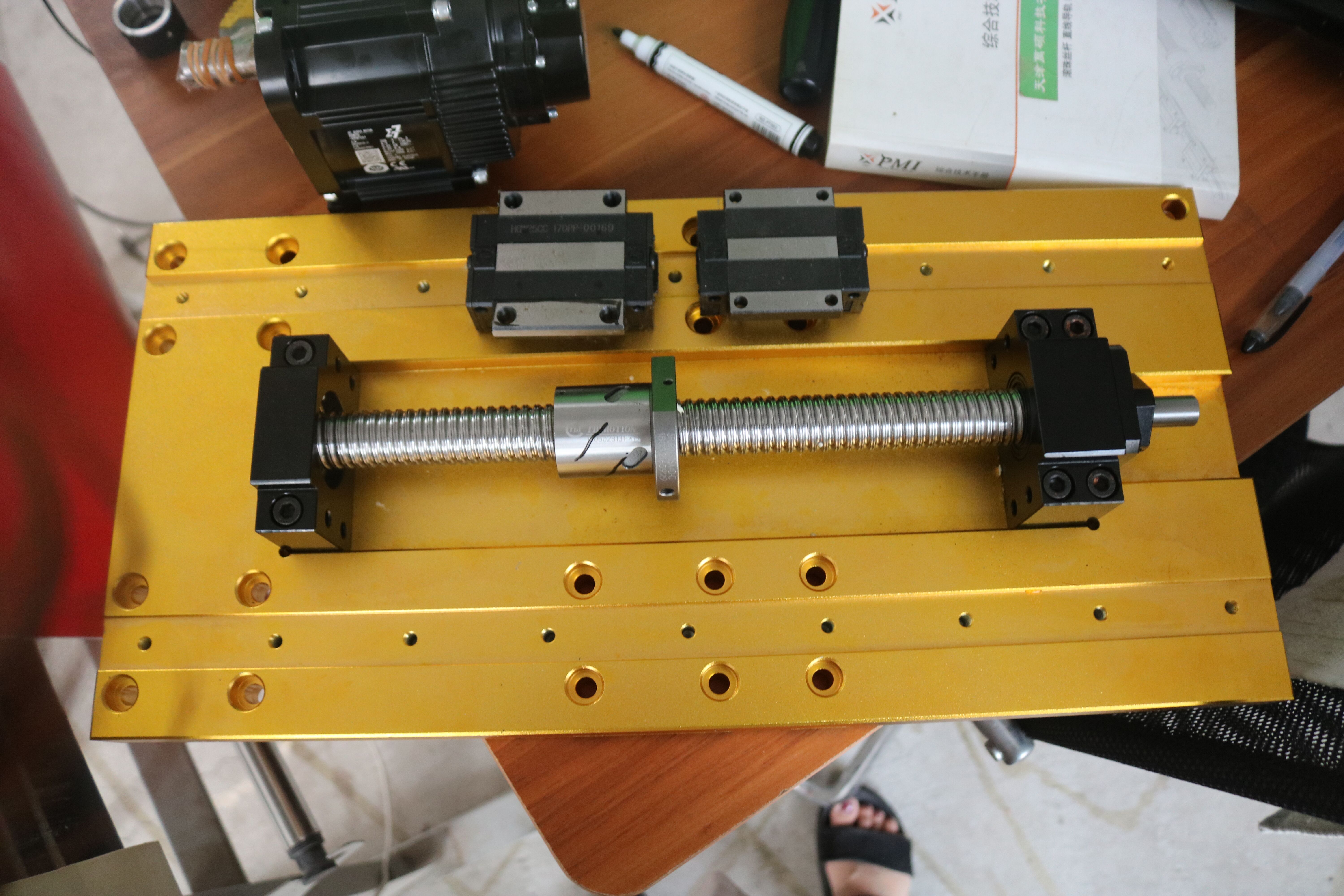 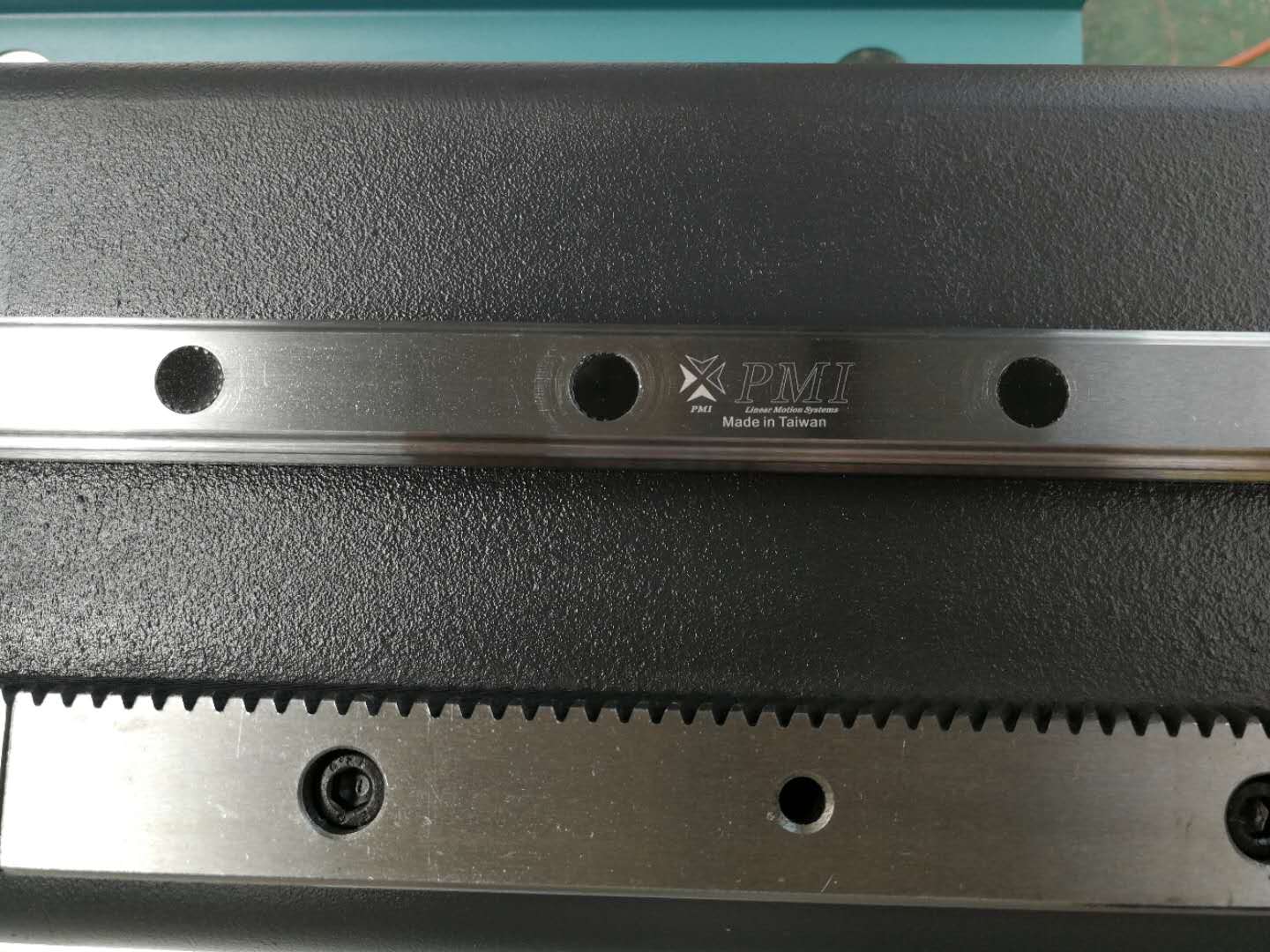 XY Helical Rack Gear(Germany)
Unlike gears with straight teeth, oblique engages gradually, not immediately over the entire length. Helical gearing has no zone-pair gearing. In spur gear the load on the teeth is applied instantly. The teeth in helical gears are loaded gradually as you approach them in the area of gear meshing is always at least two pairs of teeth 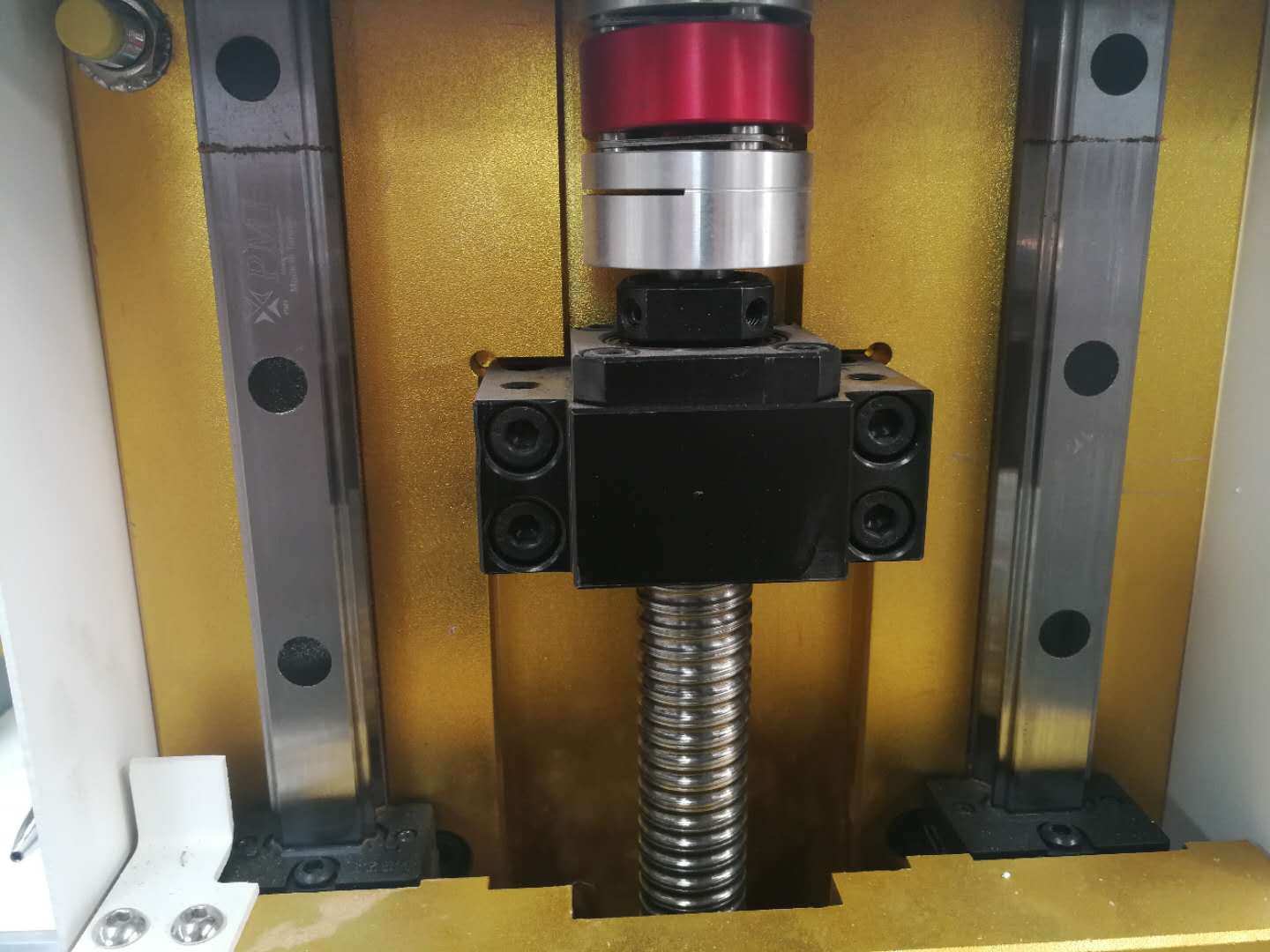 TBI High-Precision Ball-screw Transmission (Taiwan)
1. High transmission efficiency.
2. High transmission accuracy, smooth movement, no creep phenomenon. The ball screw drive is basically rolling friction, and the frictional resistance is small. The frictional resistance has almost no relation with the speed of movement.
3. There is no free travel in the reverse direction. After the ball screw and nut are pre-tightened, the axial clearance can be eliminated. In this way, there is no dead zone in the reverse direction, which can improve the axial transmission accuracy and axial stiffness. 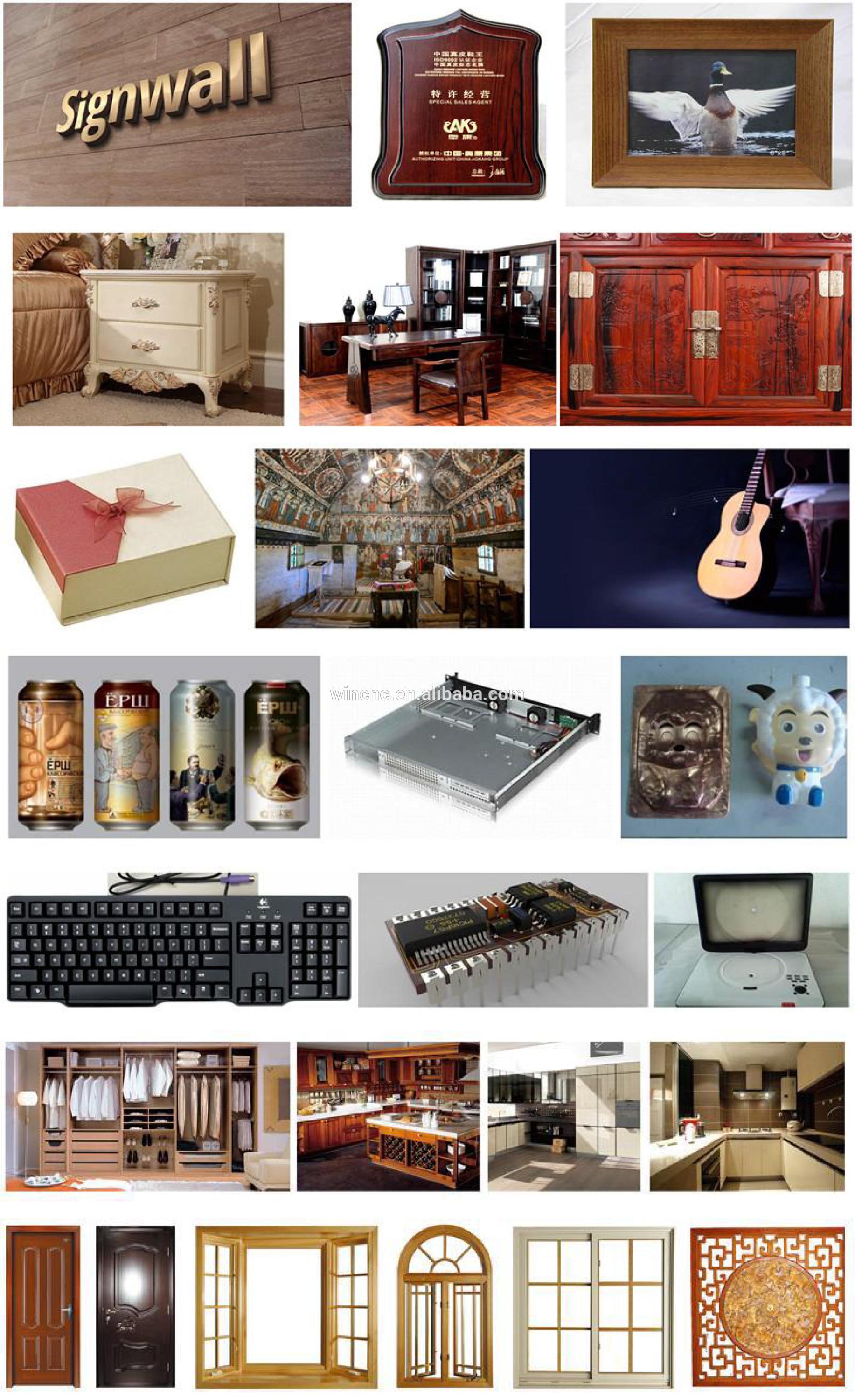